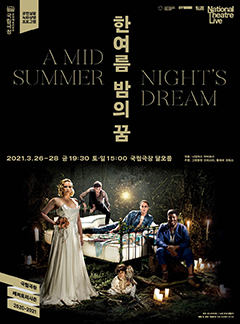 a troupe of actors trying to rehearse a play. As their dispute grows, the magical royal

transformations… with hilarious, but dark consequences.

Directed by Nicholas Hytner, this production of A Midsummer Night’s Dream saw the

moonlight revels, surrounded by a roving audience following the action on foot.

★★★★★
'Could be the most joyously affirmative Shakespeare production I’ve ever seen… a feverish,

‘spectacular... Christie’s Titania calls the shots… a Dream well worth having’ The Times